Home » News » Nature does not need humans. On the contrary, we are dependent on it.

Nature does not need humans. On the contrary, we are dependent on it.

Dear European Ministers of the Environment,

How do matters stand today? In an on-line consultation, more than half a million citizens indicated that nature directives must not be changed. You undoubtedly have that science in mind when you convene the coming Wednesday to discuss a possible revision of the European nature directives. The ink on the Paris climate agreement is not yet dry, and another crucial deal protecting our (European) riches of nature is vying for our attention.

In the European Parliament a large majority has already rallied against possible revision. In a joint letter to the European Commission, supported across factional borders, Mark Demesmaeker states clearly that such a revision does not provide a solution. After all, the problem does not lie in legislation itself, but in its execution. What's more, a revision would jeopardize achievement of the 2020 biodiversity goals, bringing with it a long period of legal uncertainty and possibly also leading to weakening of the legislation.

The European Parliament is not alone in this point of view. Also in your Council of Environment Ministers the consensus is growing that we must aim all efforts at better execution of existing legislation. A number of member states, including Germany, France, Italy, Poland and Spain, powerfully underlined this point of view in a letter to the Commission. Belgium joined this 'coalition of the willing' last Friday. At the end of November, the Minister of the Environment of Luxembourg, Dieschbourg, delivered an unambiguous message in name of the Council Presidency: this is a matter of political credibility. She also reminded us that nature does not need humanity, but that humanity is extremely dependent on nature.

The first report of the European Commission about the "fitness check" supports us in this conviction. If the nature directives are executed well, they are effective, efficient and relevant indeed. Even though the state of nature can currently be called bad (hardly 16 percent of the habitats and 23 percent of the species is in good condition), it is clear that the situation would have been even worse without the nature directives: species and habitats located in Natura 2000 areas perform better.

Stopping loss of biodiversity is not only necessary for nature itself, but also for socio-economic reasons: non-achievement of the 2020 main goal costs the EU 50 billion euros a year. One in six jobs in Europe is more or less dependent on nature. In addition, costs for management of Natura 2000 areas are much lower than all benefits that such areas produce (5.8 billion euros per year compared to 200 to 300 billion euros). The director of the European Environment Agency, Hans Bruyninckx, has stated repeatedly that it is not only about plants and animals, but about people and society as a whole.

The tide must change. That is only possible if there is sufficient political will to put nature and biodiversity on the agenda as a priority: internationally, in Europe, but also on a regional and local level. For better execution of the nature directives, better guiding principles from the European Commission are crucial, a viewpoint that is also underscored by the Committee of the Regions. Incidentally, Flanders can present some good examples which can inspire the rest of Europe. Think of the Sigma plan in the harbour of Antwerp, which demonstrates that economy and ecology can boost each other.

Dear European Ministers of the Environment, we hope that the coalition of member states which strive for better and quicker execution of the nature directives will have extended to all EU member states by 16 December. That is not only essential for (European) nature itself, but also for our health, for the well-being and the prosperity of our children and grandchildren. 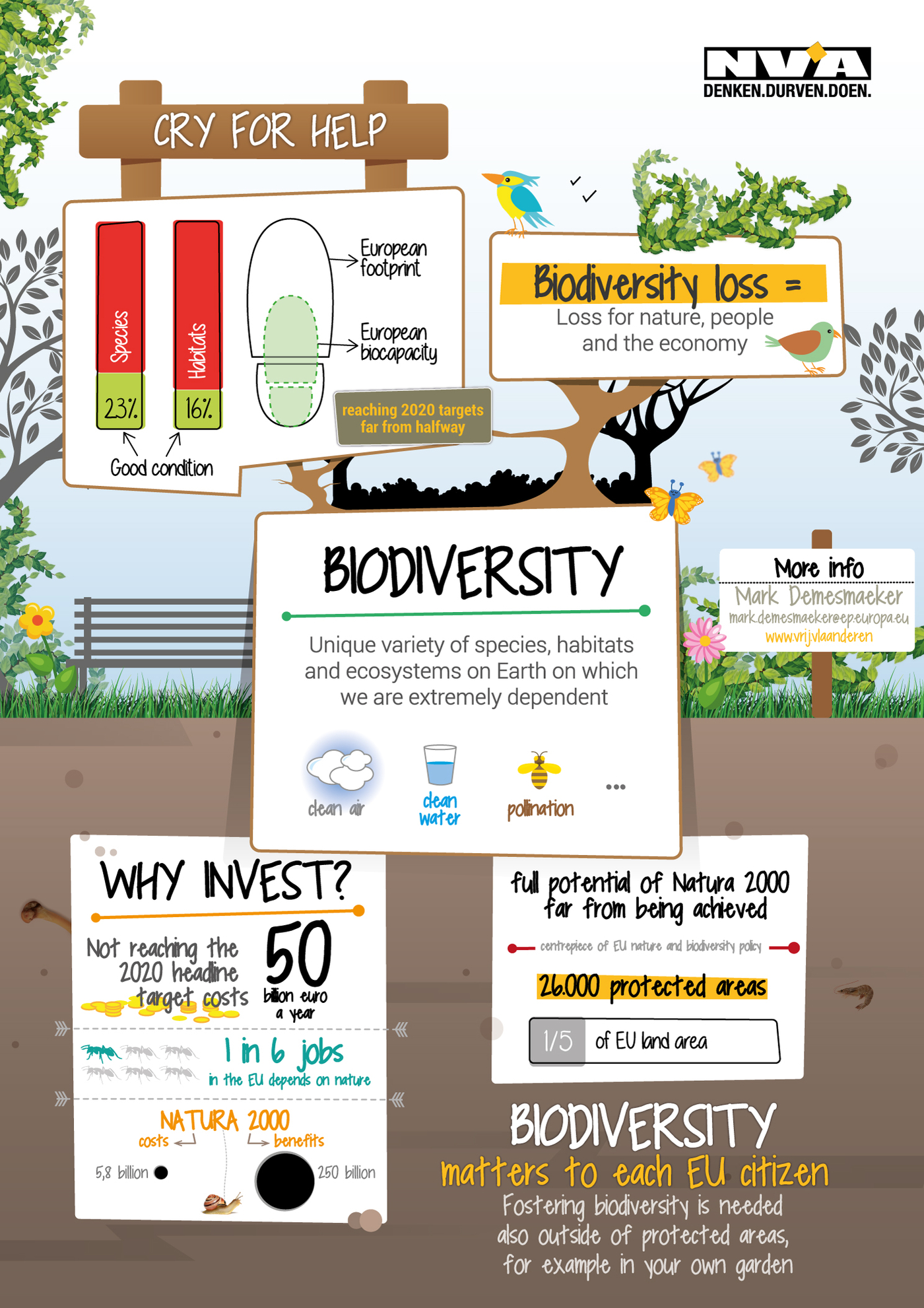 How valuable did you find this article?

Keep up to date with the news!